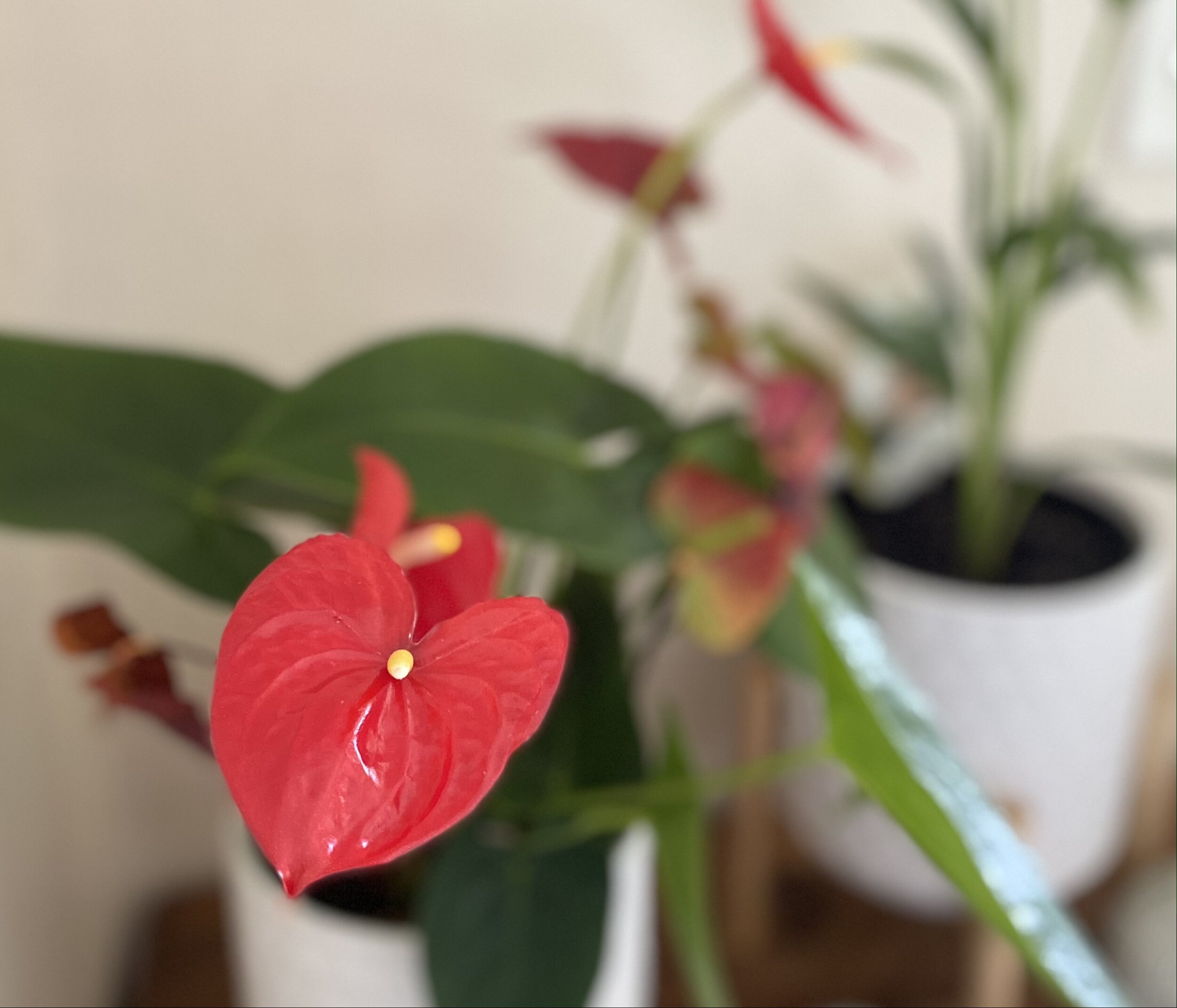 What's in a name?

There’s no denying that coffee’s an office staple. It fuels meetings, it’s something to look forward to – but if your office doesn’t have a coffee maker, it can also add a lot of waste to the environment. A staggering 295 million beverage cups are used in New Zealand every year. At the very least, it takes 400 years to decompose just one coffee cup lid, and even then it’s questioned whether the plastic can ever be fully broken down.

While many awesome eateries are opting for recyclable cups, they aren’t always better. If you think about it, do you actually know how much of your recycling gets recycled? It’s also been found that biodegradable cups can put more pollution into the atmosphere than they take away. The fertilisers used in growing the ingredients the cups are made from, paired with the reality that biodegradable cups are hardly composted and usually just thrown away (as any other single-use cup would), means that they rot in the landfill and release methane, a greenhouse gas, into the atmosphere.

The simplest way to reduce the number of single-use coffee cups going through your office is to introduce ‘help-your-self keep cups’. Having a selection of keep cups next to the office mugs removes the barrier to using reusable cups for some people, who if completely honest, just can’t be bothered buying a keep cup. Not everyone cares enough to go out of their way to buy a keep-cup and not everybody wants to walk down the street with an office mug to get their takeaway coffee.

Making reusable coffee cups accessible to everyone in the office is going to be the most effective way to reduce waste. You could even pair it with an office-wide ban on single-use cups. If everyone has equal access to reusable cups, it is an achievable feat.

It helps that most coffee shops in New Zealand now offer discounts on coffees when you use a keep cup, some up to $0.50. If you’re getting a coffee five times a week, every week, that can add up to $130 a year each. Pretty good reward for helping save the planet if you ask us!

This one almost goes without saying and with the advancements of computers and photographic scanners, it’s a somewhat easily achievable accomplishment. From creating less waste and decluttering, to making teamwork easier and saving money – decreasing paper use holds value in many parts of the office.

In 2018, the Ministry for the Environment said there were huge opportunities for recycling paper and cardboard within New Zealand, as the fibres were some of the biggest contributors to recycling exports into China. However, with China no longer accepting most recycling waste and New Zealand still exporting 70% of recycling in Spring 2020, it begs the question - where does our recycling go?

While this problem is not the fault of the consumer doing their best to recycle, maybe it’s time to look at the other part of the slogan and ‘reduce’ consumption our to begin with.

Lessening paper use is not only a realistic way to reduce waste in the office, but also means you can cut operational costs too. If you’re not printing, you don’t have to buy printer paper, ink cartridges and toner, you also wouldn’t need to spend money purchasing a machine or be stuck in a printer lease. Why not save the earth and save your money?

3. Donate old furniture you have.

Longterm furniture isn’t something people always consider when thinking about ways they can reduce waste - but what happens to your office chairs when you decide it’s time for new ones? Or when you move spaces and synchronously use that as a time for a big clear out. In are the waste bins and out is the old furniture.

Clearly, we all need furnishings in an office. It’s a living space. What we don’t need is to be throwing away the old items when we’re done with them. Many workplaces are upgrading to more modern layouts, with furniture that promotes the health of their employees (like standing desks), which is great but also leaves a mountain of excess furniture.

So, why not start donating it? There’s more than one benefit:

If you find yourself with an abundance of furniture and a lack of vehicles to transport it, there are businesses around New Zealand like 0800 DUMP ME – who work very closely with charities to help you transport and redirect preloved items to be repurposed by people who could use them.

4. Use an expensing solution

One person creates around 2kgs of waste a year from paper receipts. Doesn’t seem like much? Multiply that by New Zealand’s team of five million and we’re producing a whopping 10,000,000 kgs of waste – purely from little receipts. Waste that doesn’t have to be created in the first place.

The BPA enriched nasties are not only problematic for our ‘100% pure’ New Zealand environment but are also harmful to us as consumers. Who knew the little piece of paper we throw in with our groceries is carcinogenic?

While most consumers can simply opt-out of getting a receipt with their purchase, the IRD requires businesses to keep records of receipts and invoices. They also clarify that GST registered businesses need to have tax invoices for expenses to claim back the GST on them and must keep these tax receipts as proof of expense claim. This can make it particularly difficult for businesses trying to reduce waste, as they end up with drawers full of paper receipts.

While almost all expense solutions still require you to get a paper receipt before you can upload it – RIP Expenses collects your purchase data straight from the till and uploads it to the cloud instantly. Which means no more paper waste and none of your valuable time being spent on processing and sorting receipts. It’s fully coded and commented from the point of purchase so it will appear in your RIP Expenses and accounting system, so those hours you usually put in before tax time can be better spent on growing your business. Saving the earth, your time and your money all at once? Priceless.

It’s been shown that the air inside our offices is filled with volatile organic compounds (VOCs), which doesn’t sound great right?  These compounds can come from things like carpets and computers - which most of us are around every day. While air pollution may not be what you normally consider waste, it is still part of the carbon footprint we are putting out into the atmosphere.

Indoor pollution is not as widely recognised as outdoor pollution, like the heavy fumes that linger in a tunnel. However, according to the Environmental Protection Authority (EPA), it is a problem – so much so that it is causing Sick Building Syndrome (SBS). This syndrome, caused by spending too much time in poorly purified and ventilated air, can appear as headaches, sore eyes, irritated skin, throat problems, tiredness and vulnerability to odours, with a sense of ease after leaving the office.

So, what else in your office could be causing it? Cleaning supplies, carpeting, pesticides, printers, mould, and dust built up on furniture are often to blame. Bacteria is another major cause and can come from people (particularly those coughing and spluttering), or from build up in appliances like humidifiers, vents and furnishings. Opening the windows may be a great choice to ventilate your office, just beware of any outdoor surroundings like vehicle fumes that may add to the office atmosphere.

Plants can be a great choice over technology like humidifiers and air purifiers. It almost seems too good to be true right? Aside from soaking up carbon dioxide and releasing oxygen, many of them also draw the VOCs out of the air. The best part? Using plants won’t leave you with a chunk of waste to throw out and replace in a few years, or electricity bills stacking up every time it runs. A study by NASA on house plants for indoor pollution found that among others, these plants below help neutralise and remove toxins from the air.

Anthuriums: These plants have been shown neutralise formaldehyde, ammonia, toluene and xylene by removing them from the air. Super easy to care for and gorgeous to look at – why wouldn’t you want one?

Peace lily: Among other toxins, the peace lily filters out benzene, formaldehyde, trichloroethylene, xylene and ammonia. Some of these toxins are found in detergents and others in varnishes and glues on furniture. The peace lily draws them from the air through their leaves and send them down the roots to be broken down.

Golden Pothos: Also referred to as devil’s ivy, this plant removes formaldehyde, xylene, toluene, benzene and carbon monoxide among other pollutants from the air. While this plant is super easy to look after and ideal for offices - it is toxic to animals, so if have an office pet, keep this plant out of reach or opt for another plant.

What's in a name?

The Human Component of the Digital Age